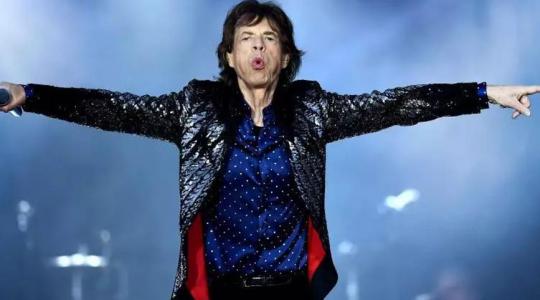 Rolling Stones frontman Mick Jagger was inside the Luzhniki Stadium in Moscow to witness the game but we’re starting to think that someone should put a restraining order on him from England matches.

Mick Jagger and his two sons Lucas Jagger and James Jagger react at the loss of England following the 2018 FIFA World Cup Russia Semi Final match between England and Croatia at Luzhniki Stadium on July 11, 2018 in Moscow, Russia.

Last year, Jagger unexpectedly released a pair of solo songs. One of the songs was called “England Lost,” and its starts with the tale of someone ostensibly going to watch England play a soccer match and finishes with some political commentary about Britain’s exit from the European Union.

“I went to see England, but England’s lost,” Jagger sings. “And everyone said we were all ripped off.”

“It’s obviously got a fair amount of humor because I don’t like anything too on the nose,” Jagger said then, “but it’s also got a sense of vulnerability of where we are as a country.”

Regardless of why he wrote “England Lost,” it certainly didn’t help England win on Wednesday.

Previous articleStunning photo with riders in Tour de France passing by fire!
Next articleGareth Southgate is an inspiration for the best memes of this year’s World Cup 2018